What Is The Best Milwaukee Sawzall, A Comparison.

Click on the image to see the latest prices at Amazon.

What is the best reciprocating saw?

You guessed it, The Milwaukee Sawzall.

You already know what the best BRAND is.  But which one to buy?  Plus, there is a big difference in the orbital models and the basic reciprocating models.

What do those terms mean?  The basic reciprocating model moves the blade back and forth in a straight line.  The orbital model also rotates the blade like a piston rod in an engine.

That orbital action produces a quicker cut than the back and forth action, but also requires more weight and more moving parts.  So there is a give-and-take to the problem.

But which Milwaukee Sawzall should YOU choose? 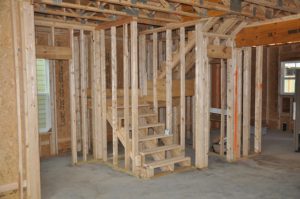 I’ve had a reciprocating saw since about the time I started the handyman business in 2002.It was one of the first tool purchases I made.

And of course, I had to try the cheap one first which lasted about 5 jobs and then I split the front housing that holds the shoe frame on the front of the saw into two pieces.  Hint: Don’t buy the Ryobi if you’re going to use it for your business.   The company seemed to think I abused it or something.

I went through that one fairly quickly, I guess the Ryobis weren’t made to cut down and disassemble trees.  But it doesn’t say that in the instructions!

Then I got the one I have now, a Milwaukee Sawzall 6507. I’ve put it thru the wringer, it’s been rained on, dropped in the mud, it’s been dropped off a roof at least once.  I used it with a 3500 amp generator that expectedly delivers surges of power, just like a generator does.

It was used almost daily for 9 years and then put in semi-retirement for 8.  I just had it out a few days ago when we got a late May snow that devastated trees in the area, including the ones in my back yard.  And it performed admirably.

As reciprocating saws go, it’s an old timer at 17 years, I don’t how old it is in dog years. but it works like a new saw.  There is a reason Milwaukee Sawzall is the standard reciprocating saw, just like the Dewalt Drill/Driver is for cordless drills and Kleenex is for blowing snot.  Actually, I do the farmers blow so forget the Kleenex comment.

Now, I do want to digress for a minute.  The dash numbers on Milwaukee Part Numbers are something you need to pay attention to.  According to Milwaukee Tools, -20 indicates bare tool, -21 indicates kit /tool with a case or contractor bag, and the -31 indicates reconditioned tool.

So what IS the best Milwaukee Sawzall? Let’s take a look at four different models.  Two are refurbished models, and two are new models with tool cases.  Let’s get started.

Name: Milwaukee Sawzall Reciprocating Saws
Where to buy: Several models are available on Amazon, Home Depot, and Lowe’s websites.
Price: Prices range from $115 to around $214 for these four models.
Manufacturer: Milwaukee Tool Company
Overall Rank: From 2.7 to 4.6 out of 5 Stars

Our first victim is the most expensive model, but only has a 2.7 out of 5 stars rating.  Price is normally commensurate with the quality of the unit and also depends on the bells and whistles available.

The weight is the highest of the four models, which means you’ll use a little more of your steak-and-fries lunch when using this model.  The number of strokes per minute is less than the other models at 2800.

So along with the speed and counterbalanced weight, you’re getting a model that’s easier for vibration on the operator, but you end up holding more weight for a longer time with less power.  I can see why it has the rating it got.

Amperage is also only average at 13 amps.

The good thing is, this is a new tool with a case, which means the 5 year warranty.

If you really want this one, Buy it here now.

But let’s move on to Victim Number Two.

Max speed on these units is about 3000 strokes per minute. Amperage is 12 amps.  Stroke length is 3/4 inch.  For the price, not a bad choice.

And I saved my pick for last.  What is the best reciprocating saw?

They just keep making them better and better.

See that little red button on top, the orbital action is VARIABLE

The weight is lighter than the 6520.  It is still counter-balanced.  And it runs with the variable speed trigger fully pressed at about 3000 strokes per minute.

Name: Milwaukee Sawzall Reciprocating Saws
Where to buy: Several models are available on Amazon
Price: Prices range from $115 to around $214
Manufacturers: Milwaukee Tool Company
Overall Rank: 4.6 out of 5 Stars

VERDICT: What is the best reciprocating saw?