What is the best portable table saw? 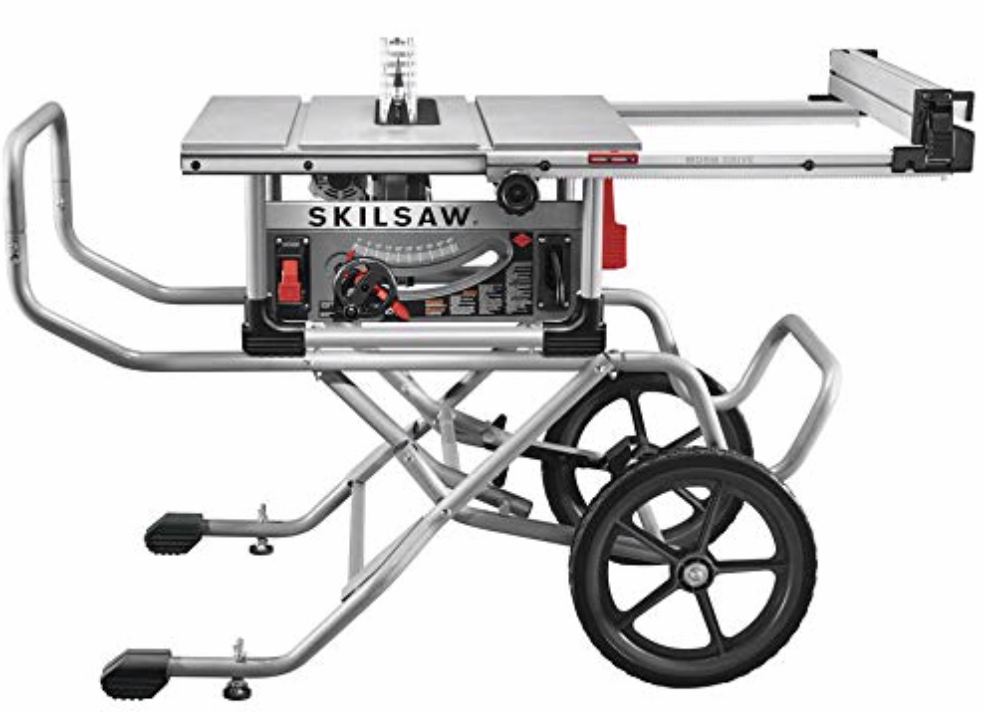 Looking for the best portable table saw? If you ask these guys you’re going to get 5 different answers. So we need to figure out how we’re going to rate that table saw first!

There are several brands on the market that dominate the competition, I’m going to narrow in on the four top models. There are a few things to think about when purchasing a portable table saw.

Here’s a little video on deploying a table saw.

What type of work will it be used for?

Is it for very fine cabinetry work or is it used for just ripping wood around the house? We’ll assume this is one that will be used for some cabinetry work, as well as cutting shelving for the garage or laundry room.

What price range are we looking at?

Basically, if you’re going to be using it strictly for cabinetry, you will want the more expensive model. If you want to use it around the house, you may not want the high dollar model, or if you’re a hobbyist who will never take out of the garage, maybe portable isn’t the route for you.

Does weight carry any weight when making the decision?

If it’s in and out of the truck a lot, you’ll want to stick with a lighter model. If you’re using it for cabinetry at a secure location, such as a private home, you may be carrying it in and leaving it there for a longer period of time.

If you use the thing at home for ripping some wood once in a while, maybe it sits folded away in the corner most of the time, then you don’t care about weight, your primary concern is the less expensive model.

The old model I have was once brand new, back when the Pope was still in diapers, and it’s been a great saw. It was a less expensive model then, so it’s held up well for business use.

I’ve used it for light cabinetry, I’ve created a “book box” or two with it. Ripped a few hundred sheets of plywood down to size, too. It’s a good all around saw. It’s a Craftsman Model, very noisy after all these years.

The four we’re going to count down on are the Dewalt 15 amp 10 inch, The Ridgid 13 amp 10 inch, and Number Three is the Grizzly G0870. And in the Number One spot is the surprise winner!

First Up, the DeWALT DWE7491RS

The Dewalt is definitely the pretty one. It’s also the heaviest one out of the three, and the most expensive, Dewalt is a good brand without a doubt. The specs are as follows:

The Ridgid brand is usually more of a contractor’s level of tool, except the orange frame under the deck is all molded plastic. There is no other frame other than the metal deck. Even with that, the shipping weight is a little more than the DeWALT model.

The Grizzly comes from a strictly industrial company, Grizzlys are known for heavy-duty shop level units, that are stationary, and run sometimes 24-7 in production environments.

Mister Goodtools apologizes for no image, as we do not have an affiliate relationship with The Grizzly Company, the pat on the back to their portable saw is as a courtesy!

So for Grizzly to even offer a portable model must be Grizzly’s attempt at getting into the contractor customer market. One interesting point for the Grizzly is the variable speed, 2000-4000 rpm.

The other is the fact they are the only ones who rated the unit for horsepower. Those industrial guys may know something we don’t! This Grizzly is made in Taiwan, not China.

The winner of the competition is:

And of course they are living up to their name with this one, it has a worm drive instead of the direct gear drive, which means less wear on the motor, and a deeper max cut depth than the others

The unit has an actual tube frame under the aluminum deck. The motor housing is also aluminum.

So there you have it. What is the best portable table saw?

My choice for the award goes to the Skilsaw Model SPT99-12 Portable Table Saw.

You ready to see what kind of deal you can get on this saw? Go here now:

There you have it, Mister Goodtools’ rating of the best portable table saw!

Leave me a if you find something you want to add, let me know!